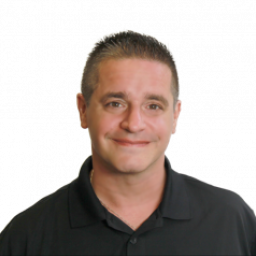 Update April 21, 2010: Looks like I was quoted over at Media.asia in Five things you need to know about: Social media and brands by Andrew Knott. Nice to be referenced however briefly.

You’re probably doing Social Media in your Internet Marketing mix, most companies and marketers have jumped on that bandwagon faster than people become Dallas Cowboys fans when they go on a winning streak.

To be honest, chances are if you’re doing Social Media you are most likely completely wasting your time and resources because you’re doing social media badly.

No offense. But the large majority of marketers simple do not use Social Media the same way they might use other forms of media and advertising.

No ROI (Return On Investment). This can also be measured in Brand terms rather than dollar amounts.
No clear and definitive goals.
No strategy.

As with everything in Marketing you need to attach a value, strategy and execution plan to each and every program you put in place. If you don’t then frankly you’re Marketing badly.

The Pepsi Cheer was an abysmal failure from a Social Media standpoint and from a Marketing standpoint. Here is a good overview from Marketing Mag:

This campaign was the brain child of the Toronto Agency Capital C (Yeah that’s right their corporate website is hosted on Typepad – very edgy).

Before we look at Pepsi’s Social Media Strategy results, let’s have a quick look at what they implemented:

Here’s what Pepsi wanted to do:

The winning cheer was an annoying (in my opinion) “Eh! Oh-Canada! Go!” which was a customer submitted cheer and was then heavily promoted through advertising mediums (all listed above).

Now on a fundamental level this idea should have died in a brainstorming session. You never ever mess with the patriotism of Canadian Hockey fans. Here in Canada, Hockey is a big part of people’s sports watching mix and particularly since Canada dominates International Hockey (even though we lost in the finals to the US this past year).

The cheers Canadians have been using for years are pretty popular and there was never a need to add a new one to the mix when it was clearly a very shallow corporate marketing initiative.

Their brutal social media implementation also caused them more brand damage than had they done absolutely nothing. Pepsi and their agency failed to remember one key component of Social Media.

It’s a conversation with people. People can (and should talk back).

This is exactly what people did and it wasn’t pretty.

I’ll actually run a reputation report for this later in the week and add this to an overall case study, since this is such a blatantly bad idea.

Let’s have a quick look at why I’m saying this was not only a bad Marketing idea but it was a failure from a Social media perspective:

This is just the beginning of this fiasco for Pepsi in my humble opinion. They’ll be dealing with the backlash for quite sometime. Particularly since they appear to be staying the course on the same bad Social Media Strategy.

If you are going to do Social Media properly then do it properly and think about what you are doing, devote resources, a strategy and team to it.

If you think you need to have a presence on Social Networks just for the sake of being there, then you’re dead wrong.

If you are going to do a half assed job of Social Media Marketing then do yourself a favour and don’t do it at all.